Mitt Romney: The Best the Republicans can Have

A Republican, specially a moderate, might recall the saying "all's well that ends well" seeing Mitt Romney march forward in the primary contest. His victories in all of the five contests on the "mini-Super Tuesday" of April 24, 2012, has effectively ended Newt Gingrich's dreams of sneaking past the former Massachusetts governor. Admittedly, the contests were all in the North where Gingrich has done poorly. But that is just the point. Gingrich is unable to pose a credible challenge to Romney anywhere outside deep South, even with Rick Santorum out of the race. Santorum, who may have had better prospects of challenging Romney pulled out of the race a week after the last primaries, where he was defeated by Mitt Romney. Santorum may have also feared a 'home defeat' at Pennsylvania on April 24.

Throughout the campaign, Romney waged a 'War of Attrition'. With an early lead he could afford to go at ease in some unfavorable states and pay more attention to the others. With a staggering financial base, he could outspend all his challengers in the states at which he decided to give a fight. He could also wage a longer campaign if necessary, a luxury not enjoyed by all his challengers. It is true that Romney fared badly in the conservative heartland. But, it is also true to say that his challengers have failed to defeat him in the more moderate turf.

Romney was helped by Gingrich to defeat Santorum in some close contests by diverting some votes from the conservative Pennsylvanian. After Santorum pulled out of the race, one may wonder if the other contender, Ron Paul, may have a detrimental effect on Romney's campaign. Hardly so. The fact that 'the permanent underdog' Ron Paul is doing better than Gingrich in some states even after Santorum's exit speaks volumes of Gingrich's inability of defeating Barack Obama if he was to become the eventual Republican candidate. Gingrich may have hoped to garner the support of delegates won by Santorum in the Republican Party convention and defeat Romney there. But with such poor performances, he doesn't have a realistic chance of doing so.

Therefore, partly due to the timely assistance of Gingrich and Ron Paul, Mitt Romney is in a position to begin the campaign against his next opponent, Barack Obama. For the Republicans, moderate or conservative, he is the best candidate to have. Being a Mormon, Romney may appear a non-believer to evangelical conservatives. But, to them Obama is even a worse 'non-believer'. A conservative will find it difficult to divert Obama's votes towards the Republican camp. Romney, with his business background, may hope to do so. Therefore, he is more likely to challenge Obama in the swing states and even in supposedly Democratic states.
Posted by Chamara Sumanapala at 8:25 AM No comments:

In 1924, the 19 year old Jean-Paul Sartre came seventh in an entrance exam to École Normale Supérieure (ENS) of Paris. Along with him entered his best friend Paul Nizan. "Many can say, as I do, that they have had four years of happiness" Sartre later said of his life at ENS. Actually, he was there for five years, leaving in summer 1929. Sartre benefited from the company of young and bright students in ENS and its library. He read extensively borrowing hundreds of book from the it.

If there was a reason for discontent at ENS to Sartre and his friends, it was their principal. Gustave Lanson was an eminent literary historian. When he took up the post in 1919 he was already 62 years of age. Nizan looked down on him as a 'little old man, patriotic, hypocritical and powerful, with a respect for soldiers.' For Sartre and his friends, neither eminence nor power mattered. They continuously subjected the principal to satirical attacks. Sartre impersonated him in a play (A l'ombre de vieilles billes en fleur) they acted at the annual revue of March 1925. Reporting the event, L'Oeuvre stated: "The student Sartre sustained the role of M. Lanson brilliantly." 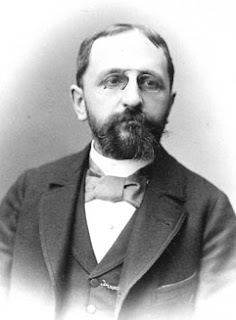 Two years and two months later, Charles Lindbergh, an American pilot three years Sartre's senior, emerged from obscurity flying a single seat, single engine plane, Spirit of St. Louis across the Atlantic on May 20-21, 1927. This was followed by many accolades and awards bestowed upon him. One award made him an 'honorary pupil of École Normale Supérieure.' However, this was just a part of a huge practical joke perpetrated by Sartre, Nizan and three other students, which eventually ended the long lasting duel between Lanson and Sartre, giving the youngster an unexpected victory.

After the solo flight of Lindbergh, the five students telephoned the evening papers, informing them of 'a unanimous decision by the disciplinary council of ENS to make Lindbergh an honorary pupil.' The papers carried the story. Furthermore, Le Petit Parisien announced on May 25 that Lindbergh will be at the ENS that morning at 9.30. At the appointed hour, a crowd of about 500 had gathered to greet the great man, who arrived in a taxi. This phony 'great man' was a student who had a slight resemblance to Lindbergh. He was greeted with an ovation by the crowd which had gathered and as he was carried on the shoulders of his fellows the crowd followed and an old man even kissed his hands.

Reporting of the successful act, the newspapers referred scathingly to Gustave Lanson. Greatly upset, he resigned. This was an unusual instance at which the students defeated the establishment by their practical jokes.

Ronald Hayman, Writing Against: A Biography of Sartre, Weidenfeld and Nicolson, London (1986)
Posted by Chamara Sumanapala at 1:38 PM No comments:

Bhoja Air Flight B-4 213, took off from the Jinnah International Airport in Karachi on its flight to the Benazir Bhutto International Airport at Islamabad. It was destined to be the last flight for the Boeing 737, carrying 121 passengers and six crew. It crashed in bad weather close to Hussein Abad village near the Pakistani capital Islamabad, last night (April 20, 2012). No survivors were found among the wreckage of the Boeing 737. Police officer Fazle Akbar told AFP that "There is no chance of any survivors. It will be only a miracle. The plane is totally destroyed."

Bhoja Air Flight B-4 213, was due to land at Islamabad at 6.50 p.m. local time. However, contact with Islamabad control tower was lost 10 minutes before and soon the plane had crashed. The website of Pakistan's Dawn newspaper reported that parts of Islamabad was being lashed with violent rains and windstorm. It has been suggested that lightning may have caused a fire and subsequent crash of the plane. As the black box of the plane has been found, further details are bound to be revealed in due course.

It has been just six weeks after Bhoja Air had resumed its flights after being grounded by lack of funds in 2000. With a fleet of five Boeing 737s, they had planned to start several domestic flight routes connecting Karachi with Islamabad, Multan and Lahore. In Pakistan, travel is much efficient by air and accidents are relatively rare. The worst accident in Pakistani air transport history inside Pakistan was in 2010 also at Islamabad when an Airbus 321 operated by a private airline Airblue carrying 152 people crashed when coming to land. Coincidentally, it was also coming from Karachi. 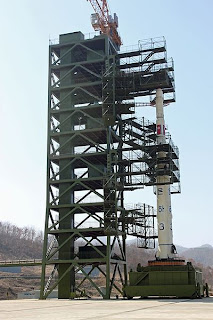 North Korea's launching of Unha-3 rocket carrying the satellite Kwangmyongsong-3 was unsuccessful as the rocket exploded in less than 100 seconds. Therefore, Japan and South Korea were denied the 'pleasure' of shooting it down. North Korea decided to carry out the launch despite the protests of the West, South Korea and Japan. The North Koreans declared that Kwangmyongsong-3 was a weather satellite but the West countered stating that the launch was a cover-up for an Intercontinental Ballistic Missile test.

The North Koreans had planned to launch the satellite between April 12-16, 2012, to commemorate their founder Kim Il-sung's birth centenary. Born on April 15, 1912, Kim Il-sung was a anti-Japanese guerrilla leader during the 1930s. Later he became the leader of the Soviet zone of Korea after the end of the Second World War in 1945. He was the leader of the Democratic People's Republic of Korea (DPRK) from its founding in 1948 until his death in 1994. He was succeeded by his son, Kim Jong-il. When he died in December 2011, he was in turn succeeded by his son Kim Jong-un.

Being an inherently secretive regime, the DPRK has disclosed little details of the private lives of its leaders. The young Kim Jong-un is supposed to be 28 years old and therefore is the youngest head of state serving today. He is ruling over a country of 25 million people, 1.1 million of them, or above 4%, being soldiers. This makes the Korean People's Army the 4th largest army in the world. However, the country is impoverished and starving.

Given this, it is in a way a puzzle as to why the regime continues to pursue increasing militarization with the nuclear program and the rocket program being inherent parts of it. They hardly pay attention to alleviate poverty and the food crisis. Kim Jong-un seems to follow the same line despite some early signs to the contrary.

Usually, North Korea does not own up when they make a mistake. However, they promptly did so when the Unha-3 rocket exploded. Furthermore, Kim Jong-un surprised many when he gave a public speech on April 15, at a military parade to commemorate his grandfather's birth anniversary. However, he payed tribute to his grandfather and father and also to the army. In short, he implied that no fundamental change in the day to day activities of the DPRK leadership should be expected in for the time being.

The main reason for the reluctance towards reforms seems to be the fear that once reforms are initiated, it will go out of the control of the leadership. It will invariably bring the doom of the regime. Unlike China which instituted economic reform while keeping the political control firmly under the Communist Party, the North Koreans face a different threat. They have a traditional rival in the form of South Korea. Any liberalization may end up with the people opting for a better life. What happened to East Germany might be deterring the North Koreans. Therefore, attempts at reform have always been lukewarm and hence destined to fail.

North Korea does need aid. But any aid is bound to come from the West with strings attached. The West would want them to open up. In the long run it will undermine the regime. But what if the DPRK also had a bargain to offer, such as abandoning the nuclear program or the rocket program? Then the West would have less leverage. This has happened earlier, and may happen in the future. The Korean issue is far from over.